Aerial Arts are now the cutting edge in fitness offering a balanced workout program that invigorates the mind and challenges the body. Just Acrobatics will challenge students with a number of different elements all the while focusing on safety and aerial awareness

Aerial silks (also known as aerial tissu) is one of the newest and most challenging, yet most awe inspiring and versatile aerial art forms. Aerial silk artists climb, twist, spin, drop, and contort themselves on fabric that hangs from the ceiling. The beauty of the silky material wrapping around the aerialists body is matched only by the breath-taking courage it takes to be suspended several stories above the ground. The suspense builds as an aerialist wraps complex, multi-dimensional sequences, then drops into a free-fall until the last second when they catch themselves mere feet from the ground. The technology to create synthetic fabrics strong enough to hold the incredible amounts of weight of high impact drops has only been around for less than 50 years.

Lyra (also known as Aerial Hoop or Circeau) is a circular steel apparatus that can be hung at a set height (static) or can be set up with a counterweight system, allowing the aerialist and apparatus to be raised and lowered throughout a performance. The aerialist can hang, twist, spin and sit in the lyra in a variety of poses allowing time to rest between strenuous routines, while still remaining in the air. Lyra is a beautiful art form and one of the oldest and most respected forms in the aerial tradition. Often flexible and graceful performers create stunning displays of skill high above the stage. The lyra can be used by one or two performers at once as flier and base can use the whole hoop in the performance, creating a symmetrical duet of balletic movement. 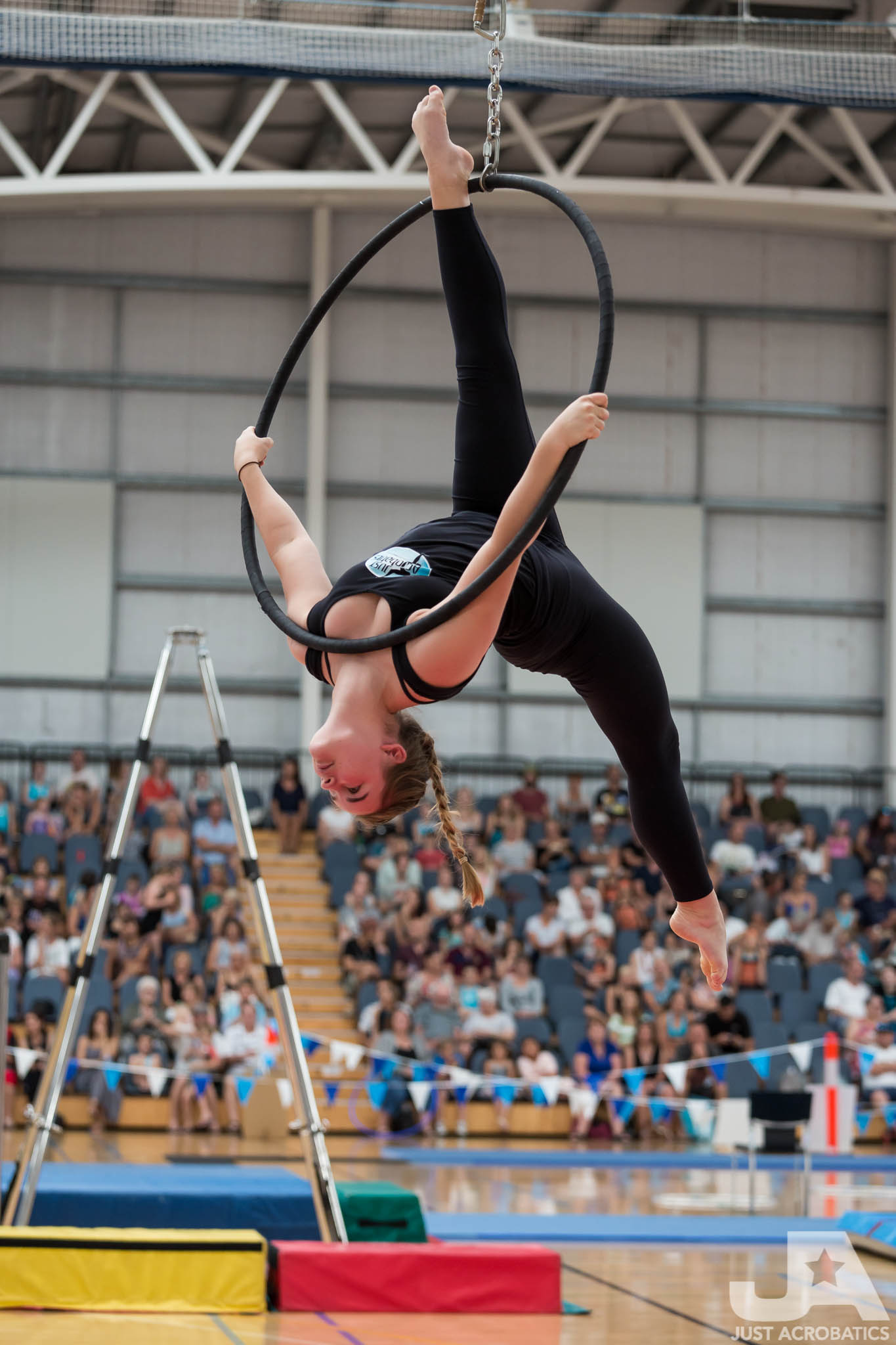 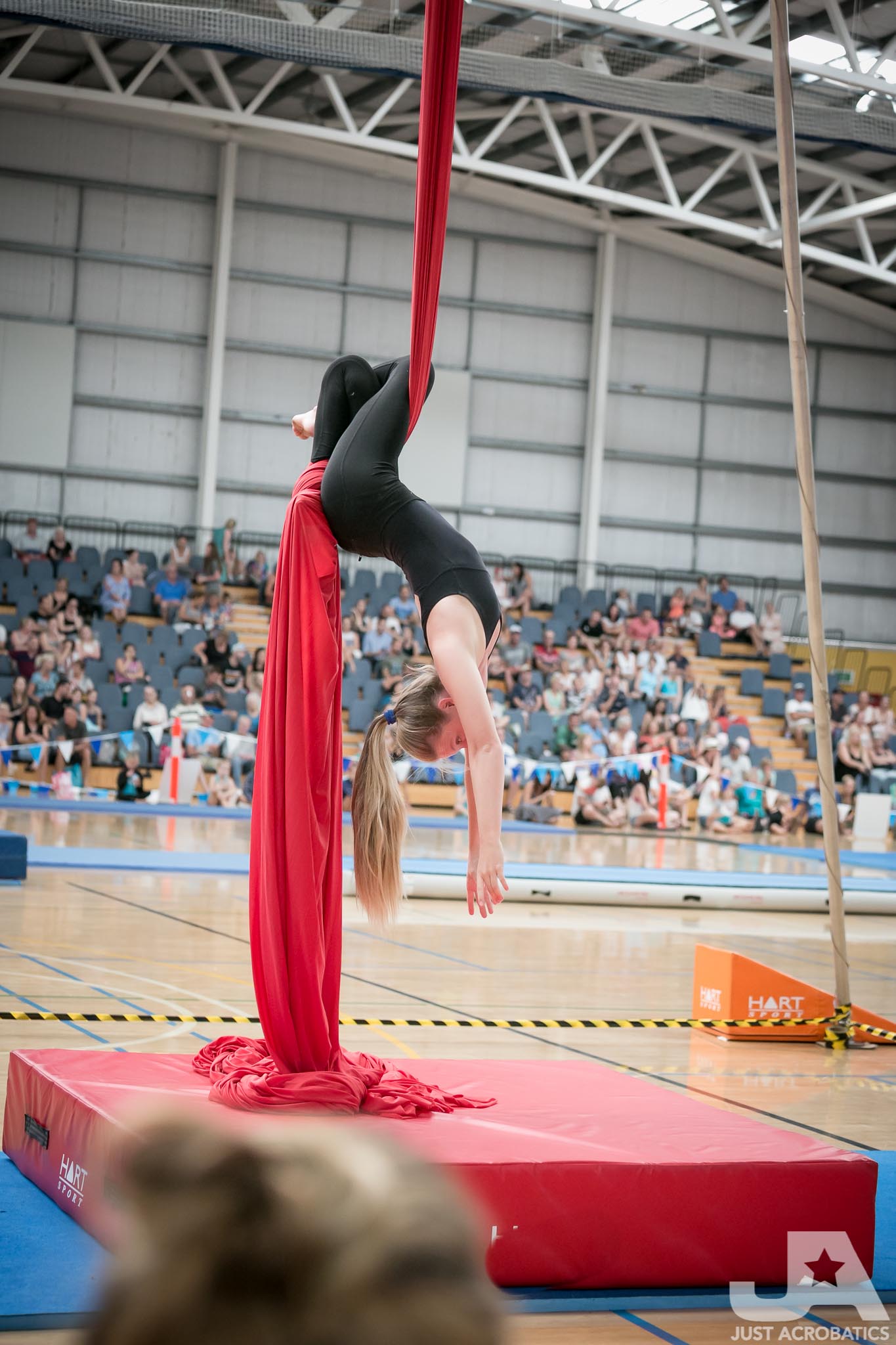 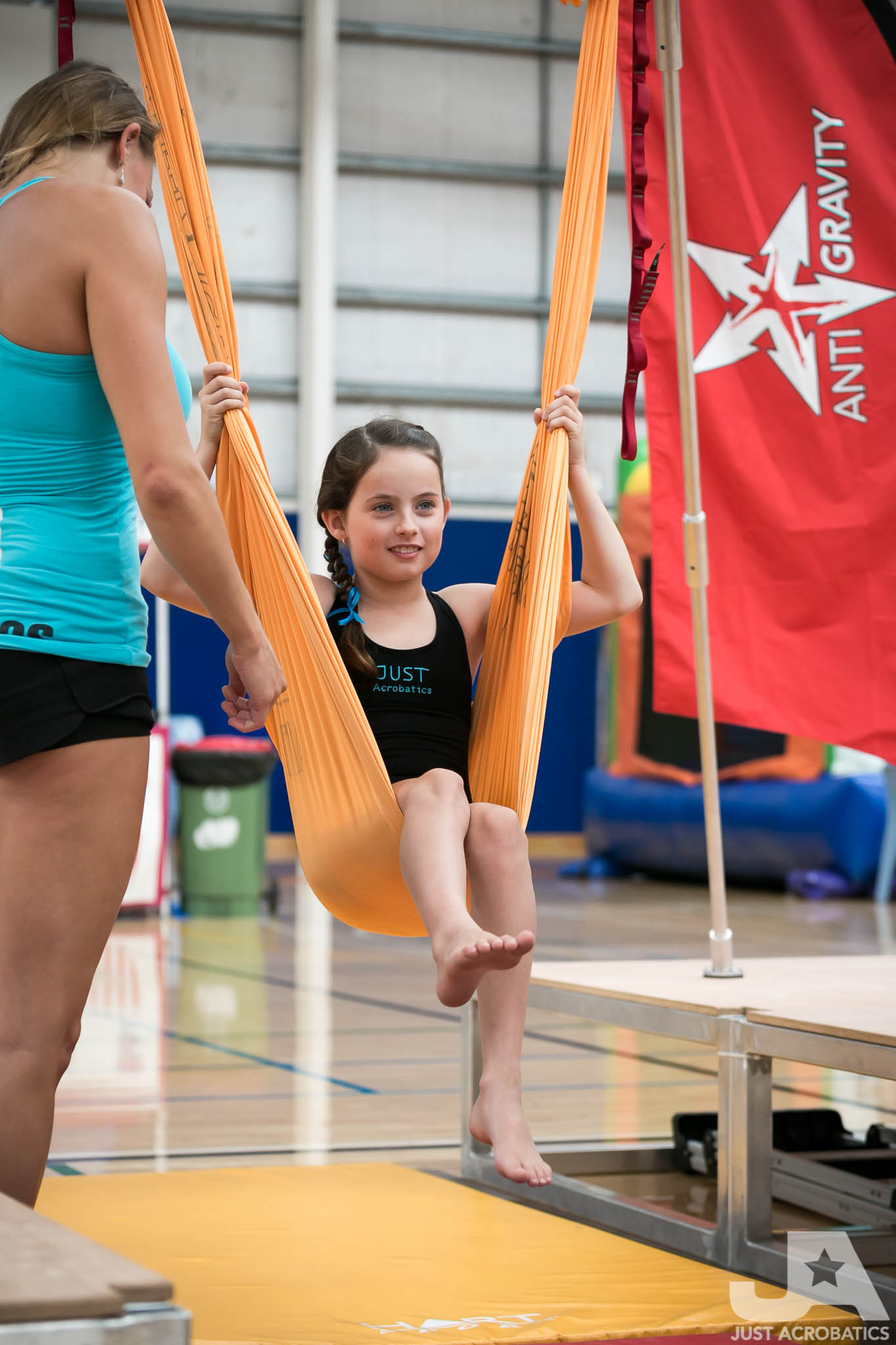 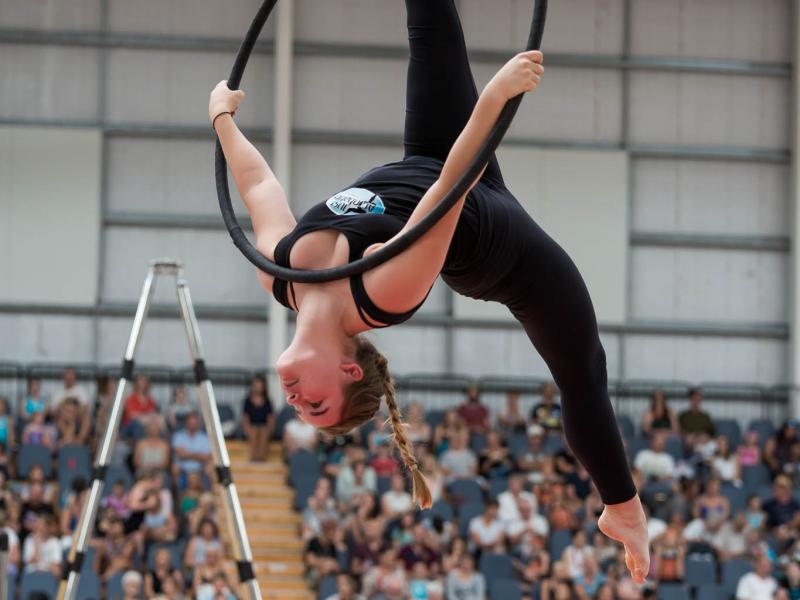 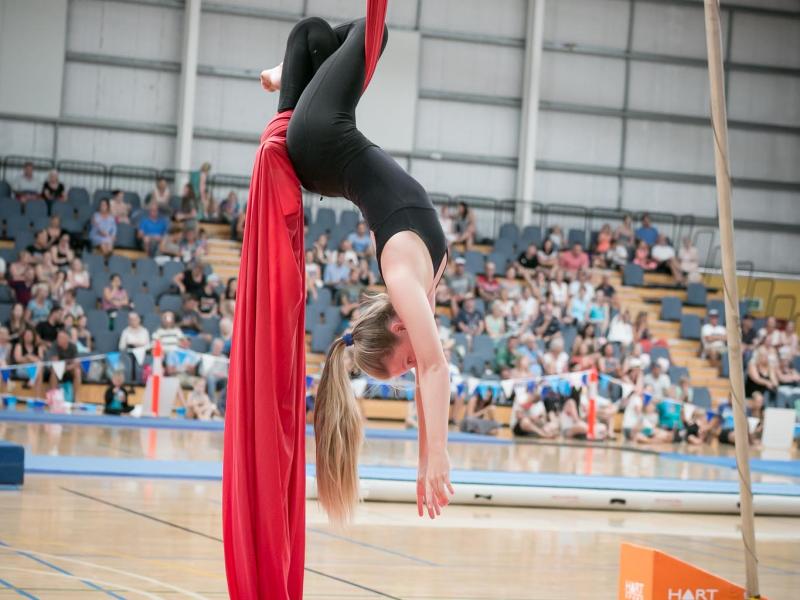 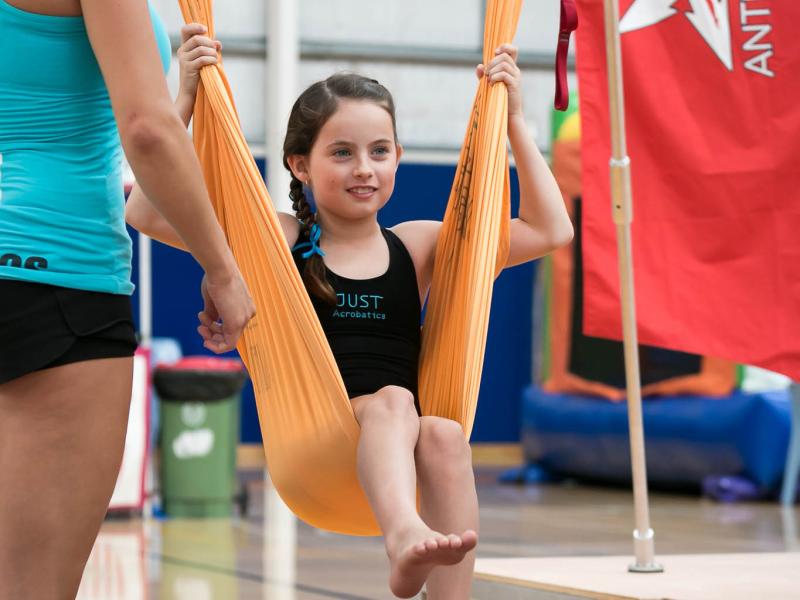 2021 Enrolments - Now taking expressions of interest for new students for 2021! Find Out More